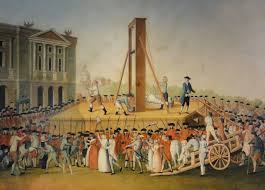 Charles Darnay is about to be guillotined owing to his direct lineage to the Marquis of a French estate. Is he responsible for the torment and the repression inflicted on the French peasants by the former Marquis who is now dead?
No.
But who will explain this to the angry mob of France which is baying for blood? Years of torture has brought out this evil and madness in the French mob that has now the potential to feed innocents to the guillotine.
When you read ‘A Tale of Two Cities’ by Dickens, you unequivocally sympathize with the protagonist and the lead of the story. You must be rooting for Darnay all through the book, lamenting his incarceration and desperately wanting him to be set free.
Cut to 2015. The clouds of the 1993 Mumbai blasts hover over this man spelling death for him. The brother of a mafia don (who is the prime suspect and seen as the mastermind behind the attacks), this man comes to India to clear his name uncannily like Darnay believing in the power of truth and justice (although the current blast convict is no saint; there is evidence of him being involved in smuggling; however he may not be a mass murderer as per the journalists, who made it their business to look deep into the matter, found). And now he stands on the threshold of being hanged. (Did Dickens get a premonition of the entire thing?!)
These are the best of times; these are the worst of times…
Sydney Carter’s good Samaritanism saved the day in Dickens’ novel. But what will be the fate of this man who is part of a world of not fiction, but facts?
Has the Dickens of our world’s story cooked up something for him?
Or is our world way too real and unforgiving to have any of the drama and clemency that’s prevalent in the world of fiction?
One can only wait and watch…
Previous Post /* Comments */
Next Post Of Friends and Fridays...