Of Friends and Fridays…

Posted on August 2, 2015January 5, 2020Categories ProseLeave a comment
There is nothing better than a friend unless it is a friend with chocolate, especially on a Friday…
It was a Friday. A much-awaited ‘fun Friday’- the prelude to the even-more-awaited weekend. However, at work, my project was in its Wednesday phase. I was fighting tooth and nail with its issues, bugs and defects to bring it to its Friday phase or ‘the closure’.
A buddy’s birthday was to be celebrated that day. We had ordered a delectable choco-fudge cake and reminded all our friends repeatedly to turn up at 4 p.m. sharp for the cake cutting ritual. I had planned to finish my work by 2 p.m., have a hearty tension-free and issue-free lunch and after a couple of mails, meant to proceed to the cafe for the celebration.

However, bugs are called bugs for some reason; otherwise we could have named them anything. We call them so because like the bugs found in nature, they cling to you and never let go. So, however hard I tried, the clingy leechy bug stuck to the recesses of my program and refused to leave. By 4 p.m. and after a hasty hurried flurried lunch, I was at the desk of my team lead, wearing my brain to the bone, trying to pick the bug off my carefully coded program. My phone rang and rang but I couldn’t hear its silent screams. The party happened. The cake was ravished. After about an hour and a half, I checked the phone screen and saw a spate of missed calls. I called my buddies up and apologized for missing the get-together. They were feeling awfully bad for me.  But they had left the office. After all, it was Friday. I was the only one plodding on with my stubborn piece of code. And so I miserably plodded further on to my seat.
You know when they say ‘pleasant surprise’? I guess I could call it that. When I approached my desk, I saw laid on it a large piece of that adorable chocolaty wonder. I would have jumped like a little kid had I not been in a professional environment. On the paper plate that covered the cake- was written something akin to: “Your cake, Busybee…” 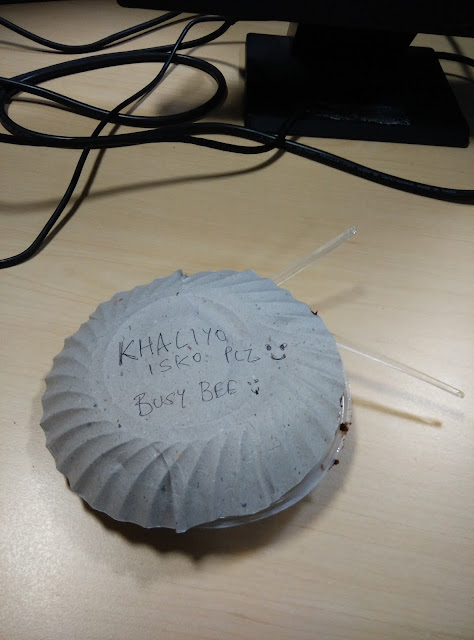 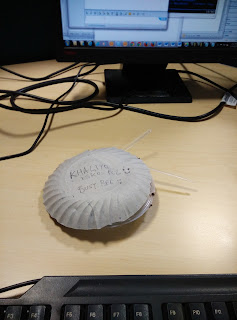 You know, it takes a tiny sweet act to upend a thousand sucking things that happen to you. And this was it. Although I had to stay back for another four hours long after most of the floor had emptied and another flood of calls from home had interrupted my work, there was still this glow inside me-a glow of knowing that people cared enough for me to leave some cake behind (seriously who would have left a cake behind!). And it is something like this that propels one to go forward, that gives one the zest to go that extra mile. That one honest gesture, that one sweet word, yes the world hankers after it. Friendship it is. Cheers to friendship!
Happy Friendship Day, people!
Previous Post /* Comments */
Next Post /* Comments */