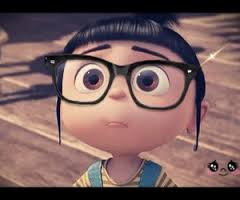 I saw her sitting in the room, coiled up in a corner, while her mother wiped the floor of our house. I was too hungry so I rushed to the kitchen, got myself some garlic bread with jam and was about to get back into my room when I stopped.
She was a little girl, barely nine years old. She must be hungry too. Thinking so, I got her a plate full of bread slices with jam smeared on them. “Have it,” I pushed the plate in front of her. She got up immediately, sprang to full attention and stared at me like she had never seen me before.
“Don’t you like bread?” I asked her to which she nodded, took the plate from me and began eating. It made me really happy for some reason to see her eat.
After that day, I met her again two weeks later when her mother brought her to our place once more. “Sit,” she instructed her daughter, who crossed her legs and sat down on the floor, staring at the wall as if it was the most interesting television show possible. But as soon as she saw me, her gaze locked on me as if I was now the most interesting phenomenon in her life.
I guessed she wanted something to eat like the last time, so I foraged around in the kitchen and arranged some stuff for her. She looked at me intently and then began to gulp down everything on the plate. What a sweet hungry girl.
“Taaanku.” She said to me.
“Thank you, you mean?” I asked her.
She stared at me as if I was speaking in an altogether different language, which I now realize I must be.
“Do you go to school?”
She shook her head. I frowned. How come her mother hasn’t enrolled her yet? She is young surely, but old enough to be in a school.
But there was no point in asking her why she hadn’t been put in a school.
“Do you know how to read?” I asked her.
She nodded vigorously. I was kind of surprised. I supposed she was being homeschooled.
Just then, she picked up a newspaper lying nearby and raised it high in front of her. She then began to speak. And speak gibberish she did. She pretended she was reading the newspaper. She went on for about five minutes without stopping. She spoke nothing of any sense whatsoever. I couldn’t help but crack up. She looked so adorable, so sweet and yet so stupid. But what caused me astonishment was her confidence. She was speaking like she was spouting some high-profile news items, probably replicating people she had seen around her.
And then it struck me. What was that advert I had seen regarding Nihar Shanti Amla Oil? I dialed 8055667788 and took the phone to her. It was Nihar Shanti Amla’s new concept – Pathshala Funwala. As soon as she got hold of the phone, her attention was completely diverted. It was as if I didn’t exist. After about three minutes, she handed me the phone urgently, pointing to the buttons. I put the phone to my ear and realized that the voice was asking for an option to continue the English lessons.
From that day onwards, whenever she came to our house, I would call up 8055667788 from our landline. When the English tutorial by Shanti Amla called back, I would give her the receiver. She would then spend hours listening to the lessons.
One day I saw her on the street, walking with her mother. I had gone to the market for groceries.
“Hi didi! How are you?” began a chirpy voice.
I turned, saw her mom as taken aback by her words as I was. I stopped anyway and greeted her with a smile.
“Do you go to school now?”
I had talked to mother regarding her schooling and it came out that they were not planning to send her to an educational institution but after we coaxed her mom to do so by offering to pay for her school fee, she had started going to school.
As they say “If you change nothing, then nothing will change”.
The sweet girl nodded.
“She is the best in English in her class, her teacher told us that day. All thanks to you, bitiya.” Her mother said to me, overwhelmed with joy.
I waived away the thanks.
“She really loves the fact that they call her Shanti Didi now!” exclaimed her mother happily.
Then it struck me. Her mother’s name was Amla and hers Shanti. Talk about coincidences! 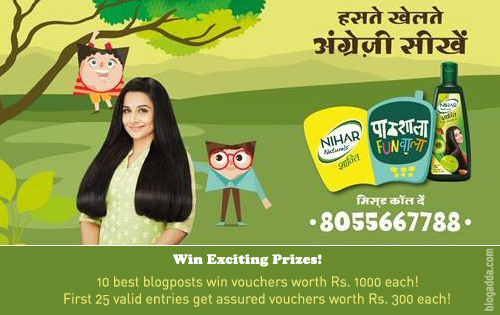